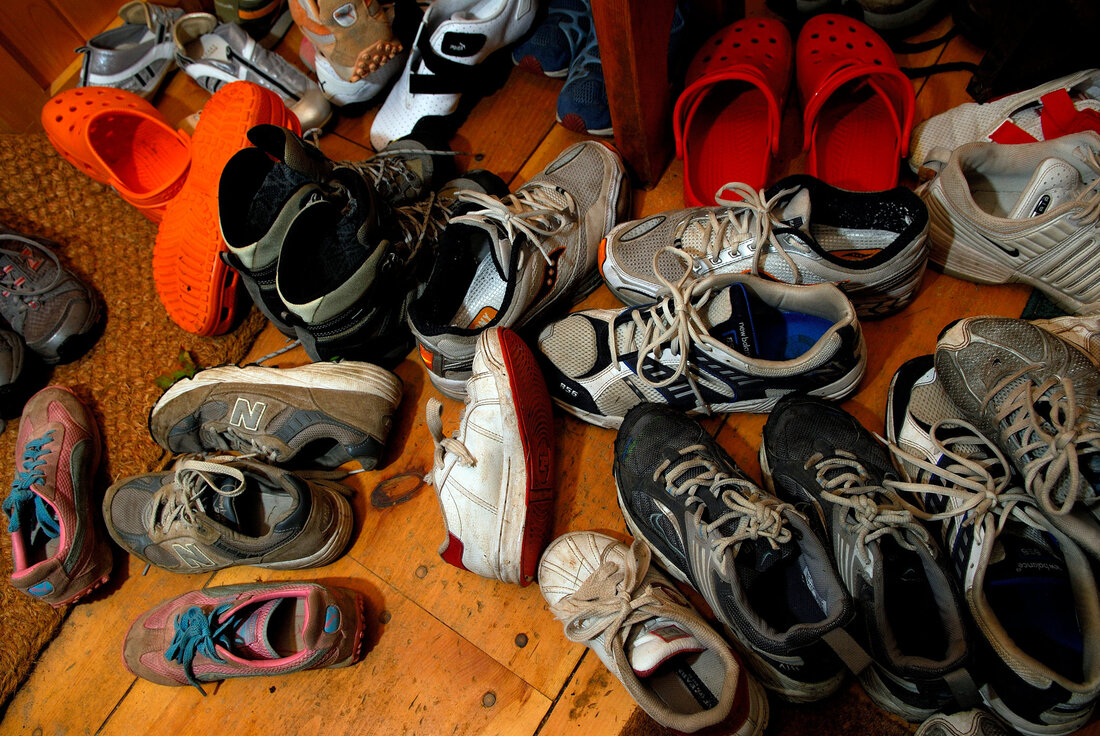 Online Source
Lining shoes up by the door. Hearing faint roars of laughter from another room. Fanning sunflower seed shells across the counter. Living an ocean away from my ancestry. This was my childhood. But my childhood was also saying “we,” referring to America, rather than my parents, grandparents, and relatives who lived in China and led to my life here. I, along with twenty million others, am a second-generation immigrant—or a first-generation American. A second-generation immigrant is someone who has one or more foreign parents, but that label implies so much more: it is someone who is different from “normal,” someone whose parents pursued a better life elsewhere, someone who is connected to both a deep-rooted heritage and a newfound liberty.

Growing up, my parents pushed me to take every opportunity I could because they wanted to give me what they didn’t have. I skated, danced, played piano, sang, painted, and went to extra math and English classes; I basically did everything. Most importantly, I went to the Acton Chinese Language School, or ACLS. This was the clearest manifestation of my culture: trying to learn its language, stories, and history.

Instead of exploring my culture and identity, some combination of the lecture-style classes and workbooks of practice made my Chinese heritage boring. It was a chore. An opportunity to learn about my ethnicity in school would have excited me. My heritage would have differentiated me from my peers; I would have felt special. However, at ACLS, when surrounded by other Chinese, and thus “special,” students, I was less enthusiastic. The monotony and ethnic uniformity stole my uniqueness, diminishing my interest in my cultural heritage.

Still, my parents urged me to seize this opportunity lest I regret it when I grew older, so I stayed. When I graduated from ACLS—still without much knowledge about Chinese language or history—I knew that it mattered to my parents and sensed that it should be important to me as well.

Despite the many years I spent going to ACLS, my first friend was from my neighborhood, and of a different race. When I went to school, though, I met my first best friend who was Chinese, just like me. Our parents became friends, she introduced me to more of her friends, and all of a sudden, my world expanded to include so many others who shared my Chinese-American experience. I only realized just how many other Chinese-American friends I had when my neighborhood friend was the only one at my tenth birthday party who wasn’t Chinese-American, and to her embarrassment, my parents spoke Mandarin, assuming that everyone would understand.

As I delved further and further into this Chinese-American community, I lost any distinction between my Chinese-ness and American-ness, later realizing that everything I did mingled with my Chinese culture: my art, music, and math classes were all run by Chinese people and taught in a mix of English and Chinese. But to me, everything I did seemed normal and not at all different from anyone else.

Typically, school and home are distinct for a second-generation immigrant: at school they are American, and at home they embrace their heritage. However, at AB, the majority of my friends are Chinese. We unconsciously bond over our culture because it connects us in an incomprehensible way. In a community strongly influenced by Chinese-American culture, I witness my two separate sides merge together.

Despite my Chinese background, my community has never marginalized me, discriminated against me, or even treated me differently. Nobody has defined or distinguished me solely based on my ethnicity because, at AB, I am surrounded by so many like me.

I am American. But of course I’m not just American.

However, because I live in a community where I haven’t experienced any racial prejudice, my pride in my Chinese ethnicity is fluid based on who I am with. When I am around other Chinese people, I don’t feel different from “normal,” but when I am around non-Chinese people, I feel Chinese and am proud of that. This sense of comparative pride is intrinsic to me. Ultimately, I don’t lack pride, but at the same time, I don’t have an explicit sense of pride for my cultural ancestry. My culture isn’t a hindrance, nor is it an advantage; it simply exists as a part of my identity.