The Evolution of Memes 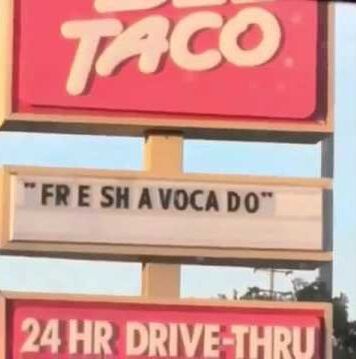 Online Source
From grumpy cat memes to those deep-fried pictures of Markiplier’s face photoshopped onto Lord Farquaad featured on the front of “What’s Wrong With Gen Z Humor?” articles, we all know what memes are. Whether you’re an avid Reddit user, or you occasionally double-tap a two-month-old meme on your Instagram explore page, everyone has shared a laugh over a funny image on the internet. But how have memes evolved into the hilarious and relatable images we know today?

It started back in 2001, before a lot of you readers were born (yes, memes are older than you!). Back then, memes came in the form of nonsensical screencaps from mistranslated video games. And if that sounds oddly specific, that’s because it is. “All your base are belong to us” is a phrase true meme connoisseurs would be able to recognize, but just obscure enough that your college student cousin might not be able to quote.

As the popularity of memes rose, so did the creativity put into them (although I’m certain your confused mother looking at your phone screen while you laugh at “burger king foot lettuce” memes would disagree). 4chan and Reddit became the places to go for all of your comedic needs. 4chan users posted funny, ridiculous stories called “Green Text memes,” while Reddit took to painfully relatable “Rage Comics,” which included a fury inducing situation, paired with black and white, digitally drawn faces.

Soon, in 2010, the age of the more recognizable memes began: top and bottom impact font, paired with a meme in the middle. Whether it was overly attached girlfriend, advice animals, or bad luck Brian, these were the memes that took the internet by storm. The Rage Comics turned into a one frame image. The jokes were concise and straight to the point (your English teacher would be proud), with a set up and punch line. The situations came from the obscurity of green text memes, and the meme images from rage comics. This iconic era is what people commonly refer to as the golden age of memes (okay maybe only I call it that).

The impact font memes lived together in harmony, but everything changed when the Vine app was created. I’m sure this is when some of you readers really perked up. Suddenly, “free shavacado” or ”Hurricane Katrina? More like Hurricane Tortilla” became the basis of student’s humor—elementary, middle, and high schoolers. Someone could shout, “There’s only one race, the human race,” and a chorus of excited kids would reply “WHAT ABOUT NASCAR!” Now, an entire generation can see a roadwork ahead sign and immediately think, “well yeah, I sure hope it does.” Despite it being three whole years since the vine app shut down, the influence of the six-second long videos left a lasting mark on meme culture.

At the same time, the impact memes (sadly) began to fade away, and in came the newest, most modern form of memes: a meme with a white banner with text at the top. Other popular formats include chart-format memes (like the hotline bling drake meme), or text-on-image memes (like spiderman pointing at himself). We also need to mention the sub-genres of memes. They’re not the nonfiction, fantasy, historical fiction, or crime thriller you might be thinking about, though. Instead, there are wholesome memes, dank memes, me_irl memes, deep-fried memes, niche memes, normie memes, bee movie memes, and many, many others.

These memes exist on some subreddits and certain Instagram meme pages, but the occasional meme does find its way on Pinterest. How it got there, even I can’t tell you. So how did memes become a way of communication? Reaction images and videos are how. A punch line of your choice can be applied to any situation you find yourself in. Did your friend say something funny? Send a - and it’s all yours! Get your very own reaction image and video bundle for only $9.99 plus shipping and handling!

Ignoring the marketing pitch, memes stay alive due to their send-ability. They’re convenient, easy, and fun. They’re a way to feel like you’re part of this giant inside joke. It’s a possible topic of conversation with new people. Who said the internet stops people from making friends anymore? With all these wonderful things, what’s not to like about memes?